Intel CEO Pat Gelsinger has now presided over Intel for 11 months, and during that time, it has become clear that he has a penchant for speaking his mind even when it isn’t always the most prudent course of action (like his recent war of words with Intel’s own partner, […]

Intel CEO Pat Gelsinger has now presided over Intel for 11 months, and during that time, it has become clear that he has a penchant for speaking his mind even when it isn’t always the most prudent course of action (like his recent war of words with Intel’s own partner, TSMC). To celebrate his almost full year’s tenure and tie it in with New Year celebrations, Gelsinger produced an informative video for his LinkedIn followers (opens in new tab). However, he also took the opportunity to say that AMD is now firmly behind Intel in the consumer market and “in the rearview mirror.” As you can see in the video below, that’s also how Gelsinger expects the technology race to continue to play out under his leadership.

To begin his talk of 11 months and 11 standout things looking back at 2021 and forward to 2022, Gelsinger briefly outlined the situation as he sees it now. The Intel CEO says his new leadership has inspired a torrid pace of transformation and change at Intel, and at the same time, the outside world is busy adjusting to new habits in work and life. Gelsinger’s positive messages continue, sharing his philosophy of how everyone can work towards their goals.

During his discussion around the sixth category, Gelsinger is more than forthright in suggesting AMD will play second fiddle in the x86 processor business from now on (2:40 in the above video):

“Alder Lake. All of a sudden…Boom! We are back in the game,” exclaims the impish tech CEO. “AMD in the rearview mirror in clients [consumer market],” he adds, “and never again will they be in the windshield; we are just leading the market.”

These statements obviously refer to Alder Lake’s solid performance and performance-per-dollar (particularly in the newly-announced models) in desktop PCs that have given Intel the lead in the CPU Benchmark Hierarchy and our list of Best CPUs for gaming. However, we haven’t yet seen the impact of Alder Lake in the laptop market, which comprises a far larger share of the market than desktop PCs. We obviously won’t have to wait long to see how that pans out — Alder Lake-powered laptops start shipping next month.

Gelsinger moves on to assert that Intel is uniquely well-positioned to capture the next phase of compute workload demand, which he reckons will be at the network edge – providing AI, low latency, and the best security. This vision might tie in with his expectations of people finding new and better ways to connect with others across the internet/metaverse. This area and VR have been tipped to explode for quite some time now.

Gelsinger’s speech also highlights his long-term objectives, like the goal of launching five nodes across a four-year roadmap. Gelsinger mentions that progress is on track for the Intel 7, Intel 4, Intel 3, Intel 20A, and Intel 18A nodes, with the latter scheduled for an “early 2025” debut.

Gelsinger signed off his seasonal message to his Intel colleagues by saying he will be the best he can be for all the 100,000-strong Intel employees, promising that he is still as fired up about the potential of Intel as when he joined the firm many years ago — and when he rejoined 11 months ago.

Intel is surely energized in the face of its recent win in the desktop PC space, but many more challenges loom in the AMD vs Intel battle across laptops and the server market, not to mention that AMD has its Zen 4 Ryzen 7000 chips coming for desktop PCs later this year. Given Gelsinger’s penchant for inflammatory rhetoric, we’re sure to see plenty of fireworks over the year to come as Intel strives to retake the lead over its bitter rival.

GCBC is Giving Rare NFT Holders a Seat at the Owner's

Sat Jul 2 , 2022
TORONTO, Jan. 18, 2022 (GLOBE NEWSWIRE) — Great Canadian Beaver Club [GCBC], an original and private club with a collection of over 10,420 NFTs, has announced its decision to offer holders of these rare NFT memberships a seat at the owner’s table. Tagged the first community structured NFT platform, GCBC […] 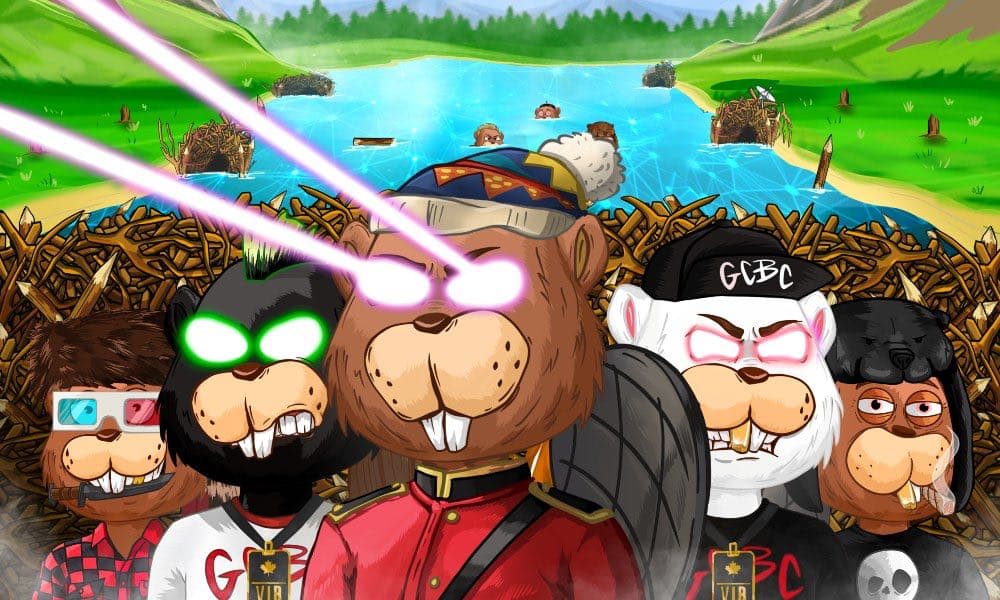