What is Windows 11? Windows 11 is the latest release of Microsoft’s flagship operating system and the successor to Windows 10. Windows 11 brings big changes to the Start menu and taskbar, an extensive reworking of the Settings app, and a Widgets pane designed to deliver news and reminders. SEE: […]

Windows 11 is the latest release of Microsoft’s flagship operating system and the successor to Windows 10.

Windows 11 brings big changes to the Start menu and taskbar, an extensive reworking of the Settings app, and a Widgets pane designed to deliver news and reminders.

SEE: Windows 11 FAQ: Our upgrade guide and everything else you need to know

Windows 11 is a major feature update that includes the much-hyped Sun Valley refresh of the Windows user interface and a revamp of core Windows apps that fall under the Windows Inbox app category, such as the new video-capable Media Player as well as Calculator, the Snipping Tool, and Mail & Calendar. There’s a ton of under-the-hood changes, including the reintroduction of the iconic Blue Screen of Death error warning (for a brief period Microsoft was playing with making it black, for some reason).

Microsoft released Windows 11 to the general public in October, and now the company is rolling it out to more PCs if they meet Microsoft’s minimum hardware requirements for Windows 11.

What are the hardware requirements for Windows 11?

To upgrade, your device must be running Windows 10, version 2004 or later.

Requirements include a processor of 1GHz or faster with two or more cores on a compatible 64-bit processor or System on a Chip (SoC). You’ll need 4GB of RAM and 64GB or more of storage. Your PC will have to be UEFI, Secure Boot capable, support Trusted Platform Module version 2.0, and have a graphics card compatible with DirectX 12 or later with WDDM 2.0 driver and a high definition display greater than 9″ diagonally, 8 bits per color channel.

There are also other systems requirements for various new features: for example Snap’s three-column layouts requires a screen that is 1920 effective pixels or greater in width while Windows Hello requires a camera configured for near infrared (IR) imaging or fingerprint reader for biometric authentication.

ZDNet’s Ed Bott has a rough estimate of just how many of the world’s 1.3 billion Windows PCs won’t be eligible for the Windows 11 upgrade. Spoiler alert: more than half of them won’t be eligible.

That means it’s likely going to be a slow upgrade path for most of the world’s Windows 10 users, lest they’re willing to forego their warranty.

Microsoft will continue supporting Windows 10 with security patches until October 2025 and it’s assuming it can sweep in a massive, global hardware upgrade in the enterprise during that period. Enterprise IT asset management firm Lansweeper, estimated that about 55{e3df0a02c8cdca20f51e409a5d57b77c452f2706c17f03cf63df40e5c92bc2df} of PCs in the enterprise don’t meet Microsoft’s Windows 11 requirements.

Microsoft hasn’t clarified a precise end-date for the free upgrade offer, but its new hardware requirements cover Intel and Arm CPUs, and require at least 4GB of memory, and 64GB of storage, plus TPM version 2.0.

Microsoft’s minimum hardware requirements also apply to virtual machine platforms such as Microsoft HyperV, VMware and Oracle VM Virtual Box. TPM 2.0 could prove tricky in the enterprise given that less than 1{e3df0a02c8cdca20f51e409a5d57b77c452f2706c17f03cf63df40e5c92bc2df} of virtual machines have it enabled.

Microsoft advises consumers to look for branding on PCs that indicates they are eligible for the free Windows 11 upgrade.

“We’re also working with our retail partners to make sure Windows 10 PCs you buy today are ready for the upgrade to Windows 11,” the company said.

Microsoft hasn’t been totally clear about when Windows 11 will actually reach all eligible Windows 10 PCs. It has, however, released the PC Health Check app to help users self-assess whether their hardware makes the grade.

The PC Health Check app will allow you to see whether your current PC meets the requirements to run Windows 11: if it does, you can get a free upgrade at some point after it rolls out.

All we know is that Microsoft is pleased about its rollout so far – at least for Windows 10 users on hardware that meets its minimum requirements.

“In our first phases of the Windows 11 rollout we are consistently seeing a high rate of positive update experiences and user feedback for eligible devices, identified using our latest generation machine-learning model,” Microsoft said this month.

SEE: Microsoft’s Windows 11: How to get it now (or later)

Historically, Windows launches have been rolled out gradually. For Windows 11, this could take a number of months: Microsoft said that this process is likely to be “continuing into 2022” and generally it’s the newer PCs that get the upgrade first. When it arrives on your PC will depend on a number of factors.

The company plans to use “intelligence models that consider hardware eligibility, reliability, metrics, age of the device and other factors” to roll it out to additional in-market PCs. It will use Windows Update to notify Windows 10 users when their devices are eligible to move to Windows 11.

Microsoft continues to test new features and improvements after Windows 11 was released. It only tests the latest version of Windows with members who participate in the Windows Insider Program in the Dev, Beta and Release Preview channels. The Beta and Release Preview channels offer admins and users a sneak peek at the end of the month of non-security updates that will arrive in the Patch Tuesday update, which falls on the second Tuesday of every month.

Its Dev channel preview versions are not tied to a specific version of Windows 11. They’re there for testing but don’t come with any commitment from Microsoft as to when features will be released.

How do I get to preview Windows 11?

Assuming you still want to test out the latest Windows 11 preview features on a test device, you can join the Windows Insider Program, which Microsoft describes as “a community of millions of Windows’ biggest fans who get to be the first to see what’s next”.

Testers can give feedback on the builds that goes directly to Microsoft’s engineers working on the project. To install Windows Insider Preview Builds, you must be running a licensed version of Windows on your device.

People who want to try Microsoft’s latest experiments can hop into the Dev Channel, but this channel includes bleeding-edge updates. Other options include the Beta Channel. If you want something “extremely stable”, you can try the latest version of Windows, but with ongoing advanced quality updates and key features in the Release Preview Channel.

Microsoft notes that if you install an Insider Preview build in one channel, and you want to switch to a different channel, you might need to do a clean install of Windows and reset your Windows Insider settings on that device – one indication that running previews is only for test machines and the technically minded.

Is it a good idea to install Windows 11 yet?

Every major operating-system update ships with glitches. Apple frequently has problems with iOS and macOS updates. As more users adopt the latest version, the companies have a chance to fix bugs that are discovered by users.

Windows 11 is no different. While Microsoft believes the update is going well for most users with eligible hardware, it has put a compatibility hold on releasing Windows 11 for devices with certain versions of hardware drivers for Intel Smart Sound Technology (Intel SST), which is causing a Blue Screen of Death (BSOD) error.

What’s going to happen to Windows 10?

The company released Windows 10 version 21H2 in mid-November, 2021 – and it finally came clean on its plans for future Windows 10 feature updates.

On November 16, Microsoft started to roll out Windows 10 21H2, also known as the Windows 10 November 2021 Update. In a nutshell, Windows 10 feature updates will come once a year, not twice a year as of 21H2.

The next Windows 10 feature update after 21H2 will arrive in the second half of 2022. And Home and Pro editions of the 21H2 update will get 18 months of support, while Enterprise and Education editions will get 30 months.

Why are Taskbar widgets a big deal?

Some of the big new features in Windows 11 include Mac-inspired consumer features, as well as Taskbar widgets, easier virtual desktop switching, pen haptics for sketching, and snapping gestures.

The enhanced widgets are a star player now that Microsoft has decided to cut out Windows 8-era Live Tiles that were its answer to Apple’s iPad design. Also on the trash pile is the Windows 10 Timeline feature. And also gone is the cross-device desktop wallpaper.

Apps that won’t be pre-installed include Windows 3D Viewer, OneNote for Windows 10, Paint 3D, and Skype. However, Windows 11 is gaining a Microsoft Teams chat button that replaces the Skype button.

What are Windows 11 Snap Layouts and Snap Groups?

As ZDNet sister site CNET highlights, Snap Layouts should help multitasking by organizing apps and windows for easier access. People can group apps and websites, and then open the group from the Taskbar, rather than minimizing and maximizing windows. That’s a trend seen in browsers like Google Chrome with grouped tabs.

Snap Groups are for those who dock a computer to a monitor and struggle with app layout issues after disconnecting: it avoids the need to rearrange opened apps after undocking.

RedLine malware shows why passwords shouldn't be saved in browsers

Thu Jan 20 , 2022
The RedLine information-stealing malware targets popular web browsers such as Chrome, Edge, and Opera, demonstrating why storing your passwords in browsers is a bad idea. This malware is a commodity information-stealer that can be purchased for roughly $200 on cyber-crime forums and be deployed without requiring much knowledge or effort. […] 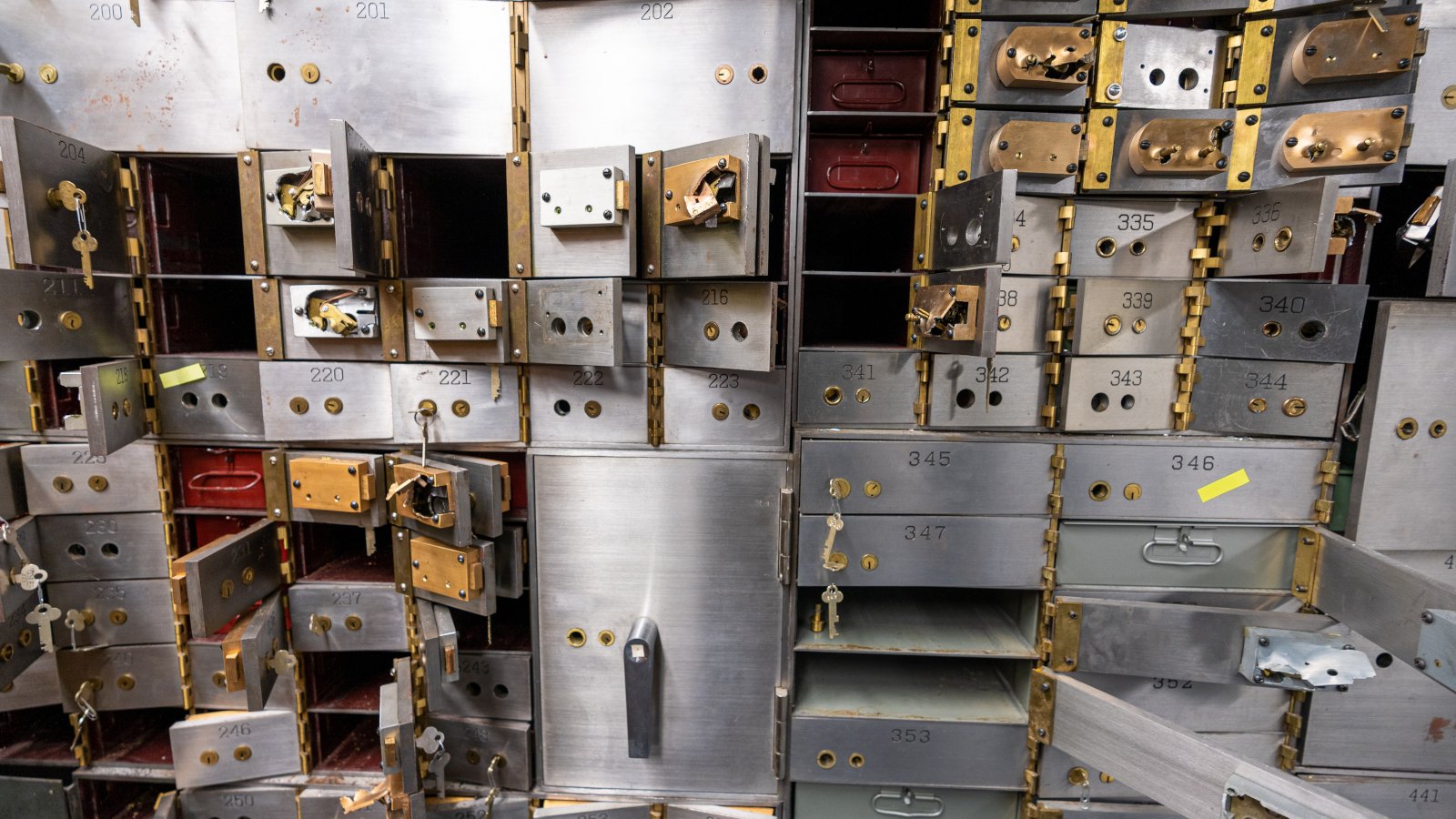